Here is a list of the 10 scariest movies of all time by BroadbandChoices. To make this list, the BroadbandChoices platform did an experiment. They picked out the critically acclaimed horror movie lists on IMDB, Rotten Tomatoes and Reddit, and then invited a group of audiences to enjoy these films. During this process, BroadbandChoices will record the viewers heart rate and based on that to judge “which movie is more scary”. 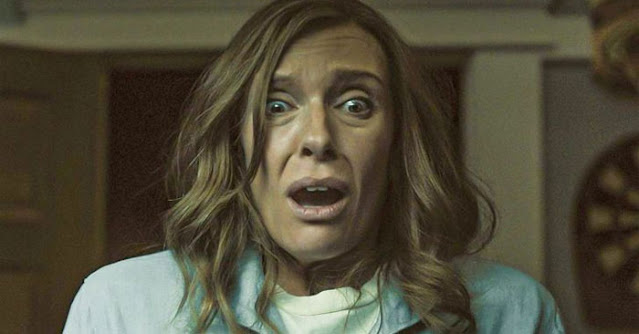 The Descent is about an adventurous group of girls. During a journey to explore the cave, they are trapped in a cave, because the exit is blocked by rocks. After that, the girls discovered in the cave other mysteries exist.

Amelia’s husband died on the same day his son was born. Since then, Amelia alone raised her son – Sam. But Sam often sees monsters. One day Sam asked his mother to read the secret book Babadock and the demon in it came true.

Part 2 of The Conjuring tells the story of the Warrens family helping a mother with four children who are constantly harassed by demons.

The story is about female student Jay. After breaking up with his boyfriend, Jay found out that he was enchanting himself. Since then a strange creature constantly disturbed and wanted to take her life.

This is considered a work not to be missed for any horror film fanatic. Katie and Micah couple live in a neighborhood, where many bizarre phenomena happen. Micah built a security camera to monitor and detect horrifying truths that happened when the couple slept.

The film revolves around the heartbreaking stories that happen to the family of Annie Graham after the mother dies. The next development reveals scary secrets that people in the house are trying to conceal.

The Conjuring is considered a classic horror film of the 21st century. It is also the film that IMDB scores the highest in the ranking of the scariest films of all time.

The film tells the members of the Warrent family, specializing in studying mysterious phenomena. In this part, the plot of the film revolves around the fact that a farmer is possessed by a demon.

In this list, Insidous is the movie that causes the viewers’ heart rate to peak. The couple Renai and Josh moved into a new home and strange things began to happen. Their 10-year-old son is comatose and incurable. When they brought the boy home, bizarre phenomena continued. Eventually they find out that their son is connecting to another world.

The audience’s heart rate while watching Sinister was still lower when watching Insidous (131 vs. 133), but they were always in a state of suspense, even in the “least afraid” scenes. So Sinister ranked first on the list of the scariest movies of all time.

Sinister also revolves around the life of a couple moving to a new home, where a year earlier there was a bloody massacre. The husband found several videos of the crime that took place, that was when his life was in danger.

Who is David Warren? Why is Goole honored?